Report on DGC Morning Assembly conducted by department of English on 24.02.2020

The morning assembly was conducted by the Dept. of English in the college auditorium. The assembly started on a solemn note with the singing of the College Anthem led by the VI Semester English Honours students. An introduction to ‘Fit India Movement’ was given by Dr. Benjongkumba Imchen, Convenor of Sports Committee. The ‘Fit India Movement,’ is an initiative of our Hon’ble Prime Minister Shri. Narendra Modi. The objective is to keep every citizen of India fit and healthy. To this end the MHRD has directed all the educational institutions in India to accommodate this activity in daily class routine and organise activities all through the year. This activity in the college will be under the purview of the Sports Committee.

Ms. K. Ela, Director of Prodigals Home, Dimapur, gave a motivational talk on social concerns and youth. She stressed on the value and importance of life where students can be the catalysts of change. She encouraged the students not to get into drugs and alcohol, which could destroy their lives. Despite Right to Education, there are so many children who are not able to go to school and therefore the students should consider themselves greatly privileged at getting a college education. Urging the students to act as responsible agents by reaching out especially to children and women in abusive or exploitative situations she provided the Helpline numbers for reporting such cases. She also stressed on the right to live a life of dignity for the physically and mentally challenged people; that it is the ‘abled’ people who can make things better for them. Sharing her own experiences in her work place, she encouraged the students to feel ‘disturbed and burdened’ because one is never too young to play a positive role of change in society, to transform it from the current state of affairs.

Certificates were awarded to 18 NCC cadets of DGC for successful completion of CNTC. The assembly programme was chaired by Toshimenba Imchen of BA VI Sem (English Hons). 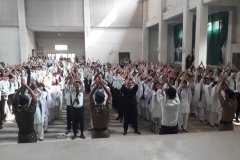 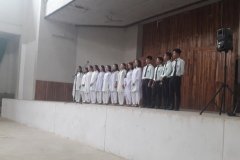 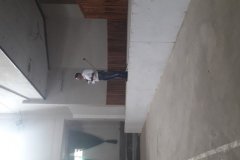 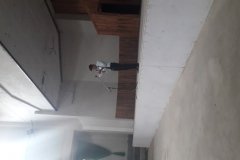 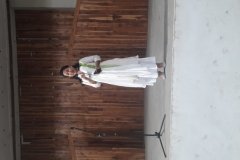 Report on DGC Morning Assembly conducted by department of English on 24.02.2020 was last modified: August 19th, 2020 by Dimapur Government College