The Dimapur Govt College bid farewell to retiring Principal Dr. Moanochet Longchar today in a programme organised in his honour.

The various speakers commended Dr. Moanochet Longchar on his sincerity and humility. They highlighted the numerous arenas in which the College has moved forward during his brief session as Principal which had included preparation for the all-important NAAC Peer Team visit. The speakers also expressed the heartfelt gratitude of the DGC family to have been associated with such an unassuming but inspiring personality.

Dr. Moanochet Longchar in his speech acknowledged that he concludes his career with a deep sense of fulfilment and no regrets. He thanked the faculty, staff and students of DGC for their support and co-operation while working together towards fulfilling the dreams of the College. He also thanked his Lady Wife for journeying with him through his long career and credited her with all the success achieved. He concluded by expressing his best wishes to the College for the upcoming Peer team visit.

The programme closed with a special prayer of blessing by Ms. Suzzana Yaden, Assistant Professor, Dept. of English. 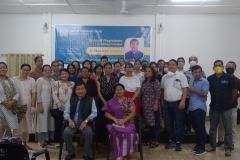 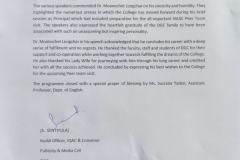 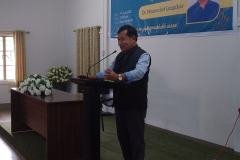 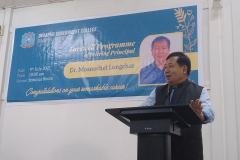